Multiplayer online soccer manager game, in which you can compete against users from around the world.

Based on experiences from PSV Manager we decided to have a go at online multiplayer soccer manager game and after test season in 2002 we opened for new players. With time we have reached over 1,000 active users, which was way above the number we were expecting or were prepared for. For various reasons (main being need to completely rework game structure and adapt to more modern solutions) Football-o-Rama went into hiatus in 2008-2009. Due to other business commitments we were unable to fully rework game in short time.

In 2016 short closed beta-tests showed that game is not yet ready to re-open and that's how we ended up in 2021 and new version of Football-o-Rama, based partly on experiences from Santa Monica FC Online.

What Football-o-Rama has to offer? Wide range of managerial options, but the most important of them is negotiating transfers directly with other managers, not just buying players via auctions. It might seem like a detail, but once you try it you will understand how different experience it is.

In Division A FC Comandoh managed to avoid losing a single league match this time and won championship after last 3 titles in a row belonged to Junior MKS. FC Comandoh overall had a good season reaching final in domestic cup and won HSLS Cup. In Division B Bombezni Lamantyny regained championship title, but also achieved perfect season with domestic cup and Elite Cup wins. In Division C Nothing Toulouse FC won 4th championship title in a row and won domestic cup, in both cases beating Kimmeridge. Kimmeridge was also unlucky enough to be beaten by Bombezni Lamantyny in Elite Cup final. In Division D SPTTJS won the title with only 2 points advantage over last season champions, Nanning Royals FC, who won the domestic cup. Congratulations to the champions and those, who did not have that much luck this season.

In Elite Cup final Bombezni Lamantyny beat Kimmeridge 3-0 and 5-1, which means that after winning the domestic cup last week and being current leader of Division B1, Bombezni Lamantyny could be the first winner of all 3 trophies in a single season. Well, at least they did not win the Indoor Championship last night, so their domination is not yet complete. In HSLS Cup FC Comandoh, not without struggle, won 2-0 yesterday and secured the cup after losing 0-1 in first leg against Cathaysia FC. In LLLB Cup FC Harvester managed to beat MU Krave FC 3-0 last night after 1-1 draw in first leg. Both teams play in Division C1, where MU Krave FC is 3rd, while FC Harvester after tough season is 8th. Congratulation to winner, finalists and those, who did not reach the finals this season.

In Division A FC Comandoh (A1), after beating Junior MKS 4-0 in semifinal, will face Potion Drinkers (A1), which beat Tecate FC 2-1. Both finalists are in top 3 of their division, which might be sign of interesting final. In Division B Bombezni Lamantyny (B1) will face ES Recife (B2) in surprising final. In previous rounds ES Recife played against 2nd and 3rd division teams and in final they will play against the strongest team in the Division B and current leader of B1. In Division C two strongest teams, Kimmeridge and Nothing Toulouse FC, will fight for the cup. In semifinal Nothing Toulouse FC beat 3-0 RAEC Mons, while Kimmeridge won 4-0 against 2nd division BohaiCaiyun FC. In Division D Nanning Royals FC (two-time champions of D1) will face a 2nd division Royal Alkmaar. Nanning Royals FC beat in semifinal current leader of D1, SPTTJS, while Royal Alkmaar beat 1-0 3rd division Real Las Palmas. 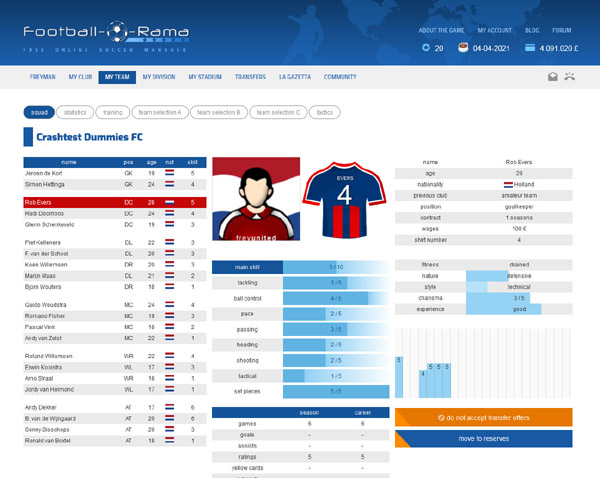 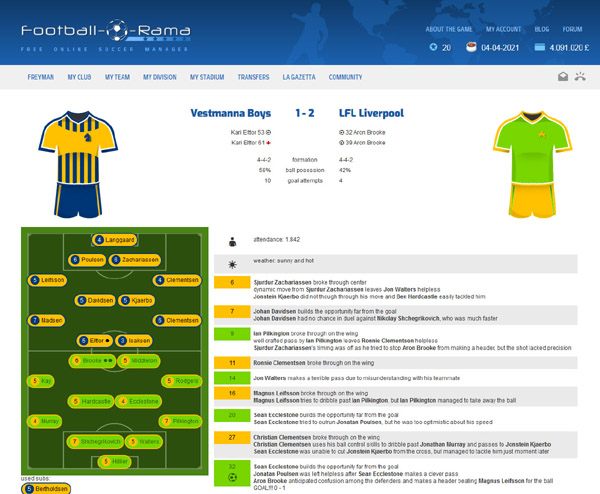 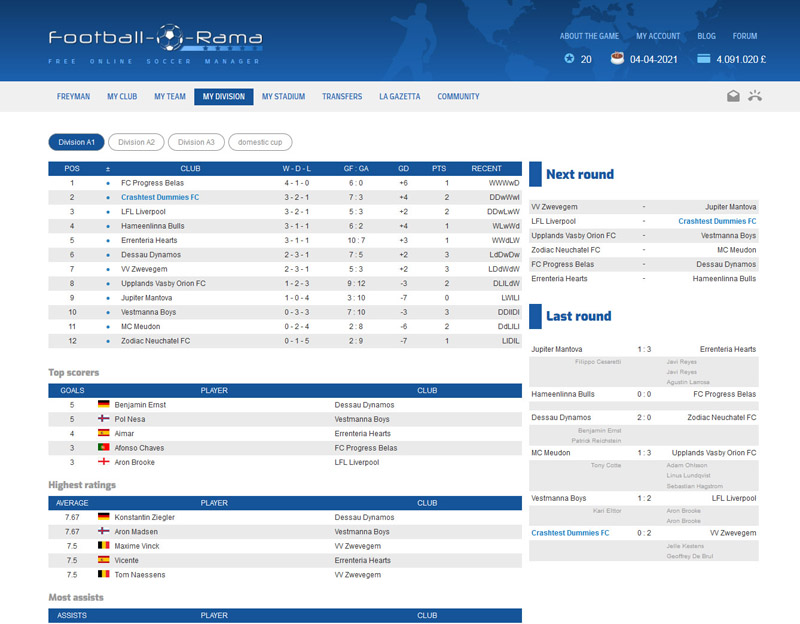 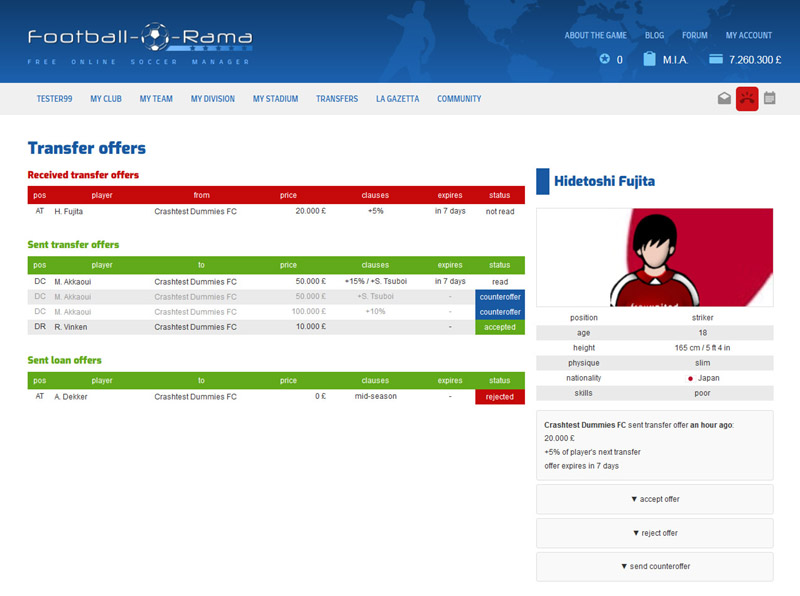