Build your basketball team in any place in the world and challange the teams for the championship title. You hire players, train them, prepare lineups for the matches, but also take care of the behind the scenes details, like signing sponsorship deals, taking care of finances, signing staff members to help you deal with all the aspects of running the club.

Rest of the changes for current season were uploaded to server, which include: 1. by clicking on the club name in division or fixtures you open the club info with current roster, past seasons records, recent matches, recent transfers and option to send a scout (if you have one), 2. after your scout will observe match for next 3 weeks you will have access to basic stats and info about players that took part in that match (on both sides), 3. in staff you can hire scout and send him to a one match each round, 4. in club arena (if you have hired an accountant) there is list of recent matches with number of spectators, ticket prices and what sort of advertising was used before match, 5. in your fixtures if you click to select lineup for match played at home there will be additional box, where you can set ticket price or pay for ads to bring more crowd for this particular match, 6. in advertising section of My Club you can sign deals for banners to be displayed in arena and make some money, 7. in each round one match in Div 1 is transmitted live by TV, host team gets 25K, guests 15K for the TV rights, Also there were few tweaks made in match engine, but with all of those features available now FUEL Basketball reached version 1.0 status. Which was nice.

Bunch of changes were just implemented into the game, slight interface tweaks, slight changes to match balance, but the most important one are new staff members and new reports. Now you can hire an accountant, who will give you additional reports about your finances, like balances from recent weeks or the structure of your costs and incomes. Also you can hire a data analyst, who will give you two additional button in "my club" interface: analysis on team level and analysis on player level. Both of those reports show you simple graphs of few statistics from recent games so you could see progress your team has made or what was the weak point of your team in recent matches.

The bug that was causing in recent weeks problems with registration / activation have been finally fixed and now all new teams will be processed as they should have been. Sorry for the inconvenience. 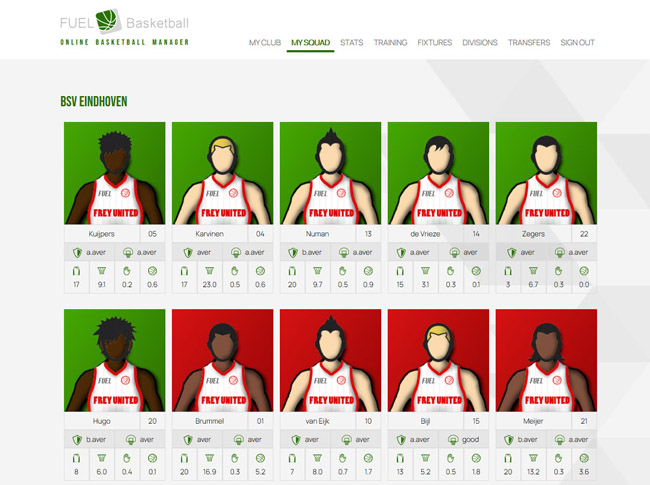 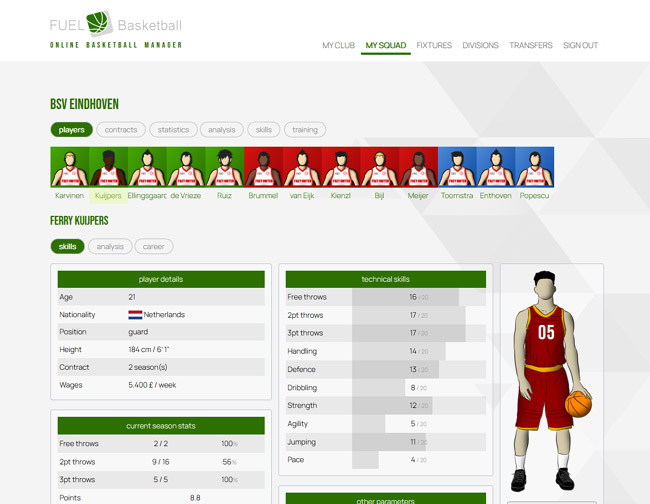 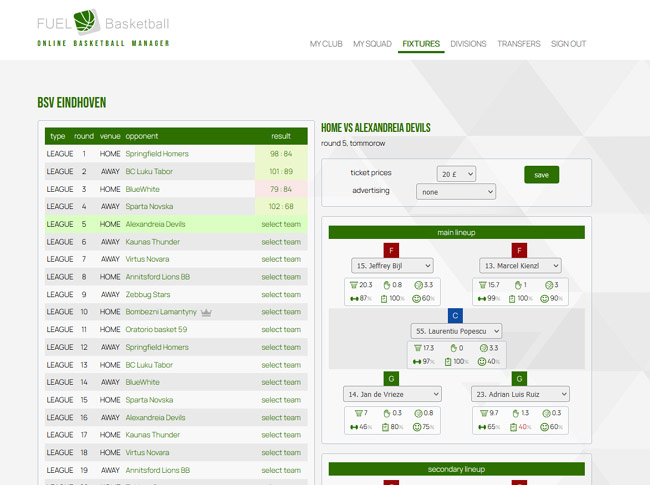 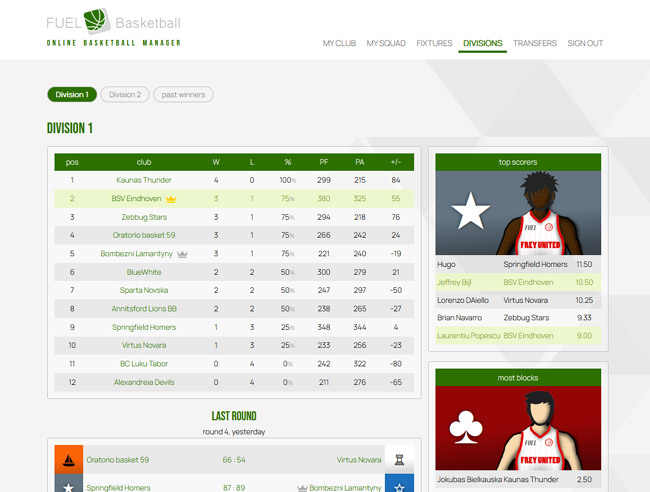