As they say this game was similar to Dictator in a way of being identical. Well, not exactly identical, but it was an experiment heavily inspired by that title, with perhaps less serious approach to the theme. While being put in charge of small African country you have to choose wisely what decisions to make, because every group of interest (including foreign governments) are out to get you.

Game had limited number of options, but still you could have ended up chased out of your country or turned into lizard...

Game was available in Polish only. 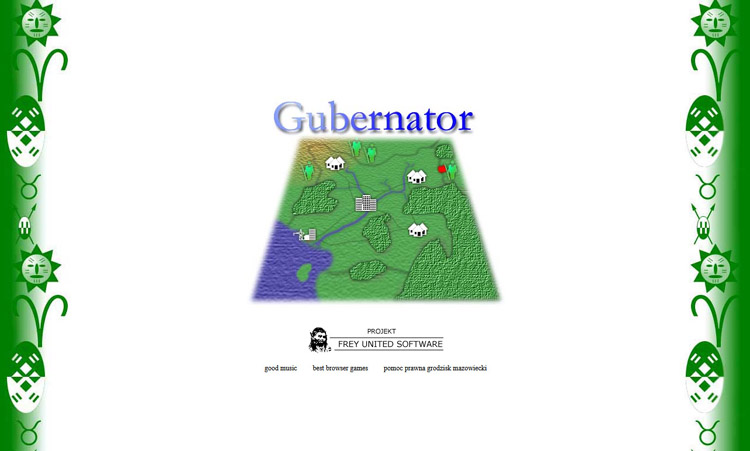 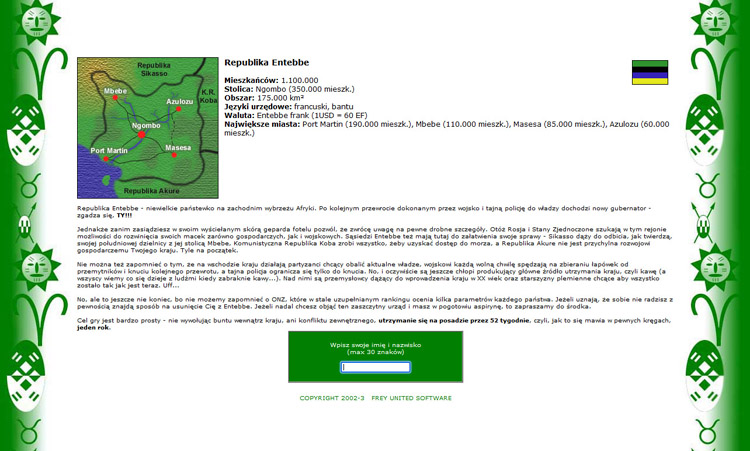 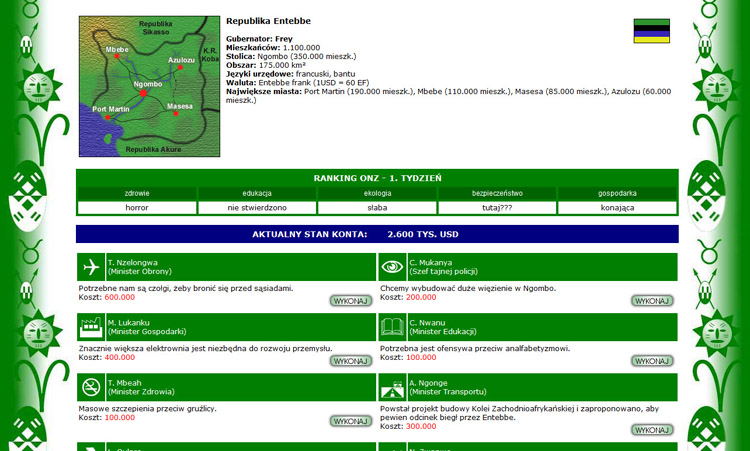 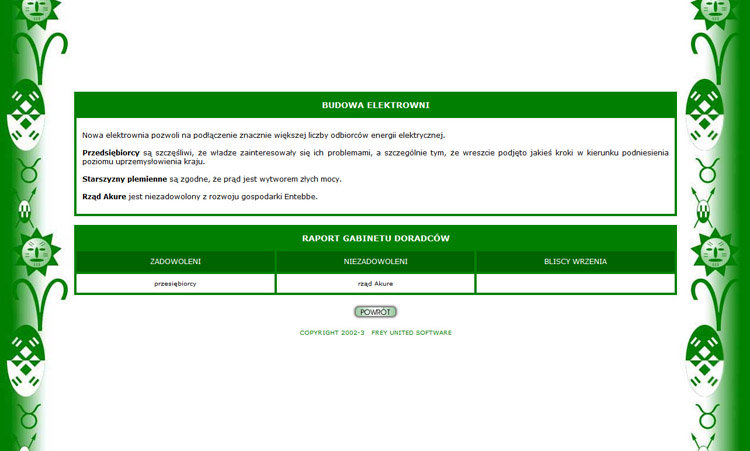