Single player online soccer manager game, which procedurally generates world for each of your plays.

While working on Football-o-Rama we discovered that to fully test some of the functions we would need a lot of testers or... not that many robots. And since we were already preparing such feature for the multiplayer game we decided to make use of those experiments to build a browser single player online soccer manager - something that is pretty much impossible to find on the Internet. And thus Santa Monica FC Online was born, as a testing ground for Football-o-Rama.

Game offers quite few game modes that change the range of options available in the game, also option to run a national team in World Cup competition.

Niklas Persson’s Project, a national team manager game mode in Santa Monica FC Online just got an important upgrade - more details of players are now available, like the level of division they play right now, what is their status in their club, as well as stats from current league season. We also introduced new events that will happen in that game mode, among them are notes from your scout that will provide you with updates about your players. 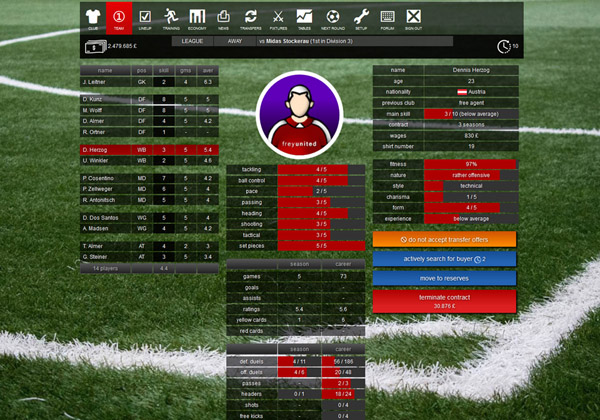 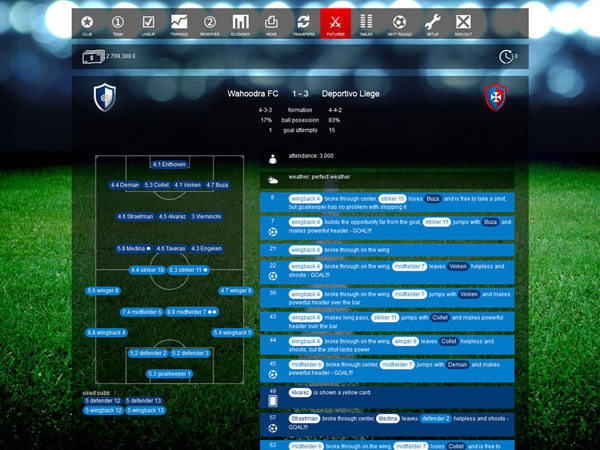 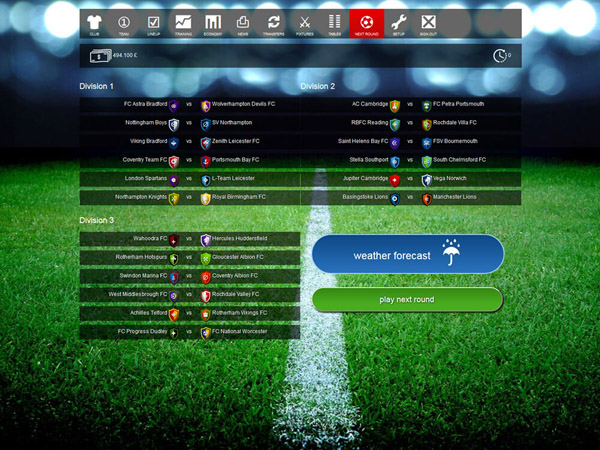