Since 2002 we focus mainly on sport management games, but as you can see on the list below we also ventured into other genre of browser games.

Originally this game was just an extension to website about the sitcom, but after reviewing this years later we decided to upgrade it, because it was still fun to play. The goal was simple - you have to find a woman you love and stop her marrying someone else. Oh yeah, and you have less than 14 days to do it. To make things a bit more complicated she is quite busy during those days, so you'll have to travel to different locations throughout United States to catch up with her.

Of course there are some limitations, for example you need money to use the public transport or hire a car, which is not a problem as far as you can find ATM on your way. Also you have to rest once in a while or you could be in trouble... The only clues you can gather where Caroline are from other characters, but those informations could be misleading or outdated.

Our multiplayer online soccer manager Football-o-Rama just re-opened after few years of hiatus - you can now register, create club, join division and take part in friendly games that are runup to the regular season. Game is still in development, but join now and see what else we can do beside Where is Caroline?: play now.

The editors of NewRPG, browser games directory, were kind enough to publish a short interview with me while Where is Caroline? was added to their listings. You can read the interview here.

Website and game interface were slightly improved, the most important bit is introduction of photos and names of people that you are talking to. It is small change, but in some parts of the game important, since it was not always clear who was passing the information. Slight changes were also made to the game data structure that will give us chance to introduce new options in the future, f.e. your character will require to eat or drink from time to time, which will put some more pressure on the player. 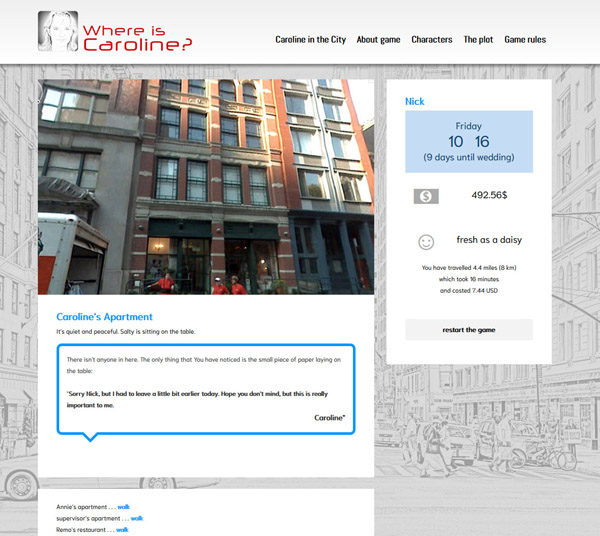 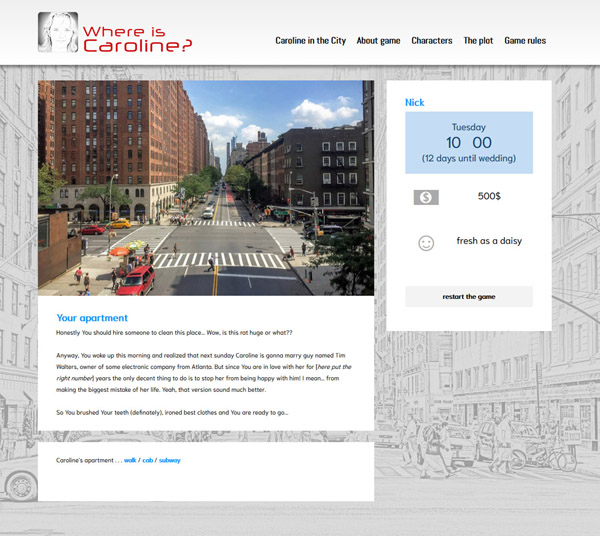 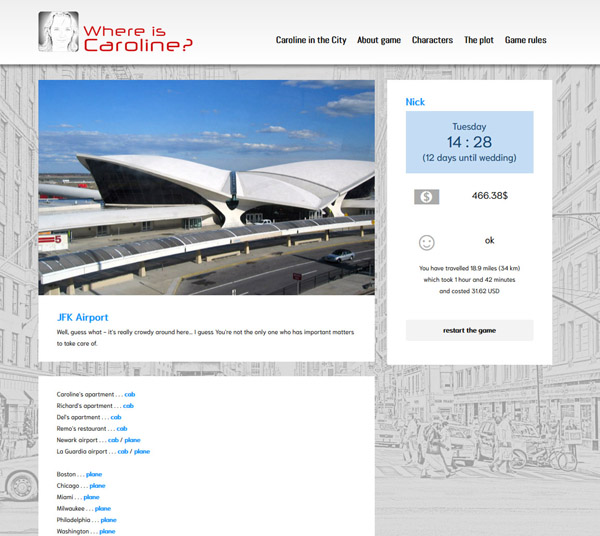 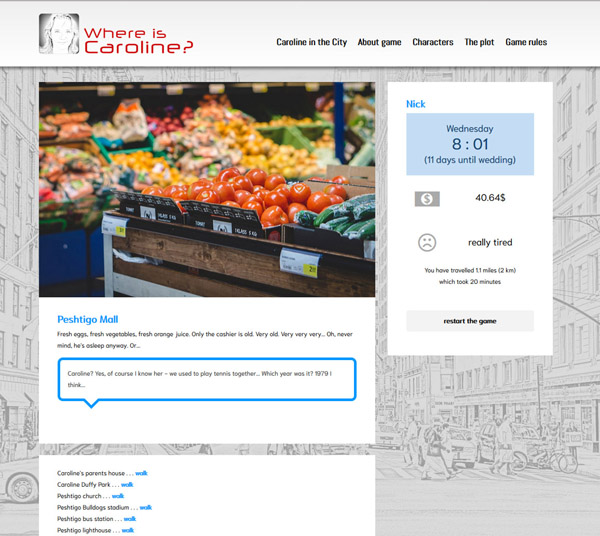