As they say this game was similar to Dictator in a way of being identical. Well, not exactly identical, but it was an experiment heavily inspired by that title, with perhaps less serious approach to the theme. While being put in charge of small African country you have to choose wisely what decisions to make, because every group of interest (including foreign governments) are out to get you.

This is the slightly improved version of classic Gubernator, with improved interface and slight changes to the game mechanics. Also, unlike the previous version, it is available in Polish and English.

The interface of Gubernator just got a slight upgrade - all the event reports and game endings just got pictures that illustrate the details of your decision. It is not much of an upgrade, but certainly makes the game look nicer.

Gubernator online game has just been extended with the English version, which is an exact reflection of the Polish version - now users from all over the world can experience this... moving simplicity of the Gubernator. In addition, some content has been slightly improved, and minor adjustments to the interface should improve its accessibility.

After years and years of gathering dust in the dark corner of the server the interface of Gubernator has just been upgraded. In recent months became popular devices known as "cellular phones", so we decided to give it a try and risk adapting interface to be used on them. Who knows, maybe those "cellular phones" will catch on? 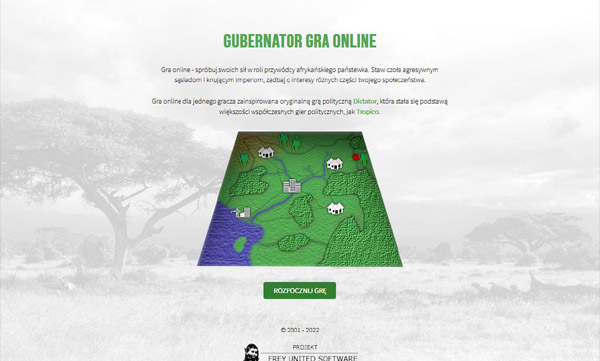 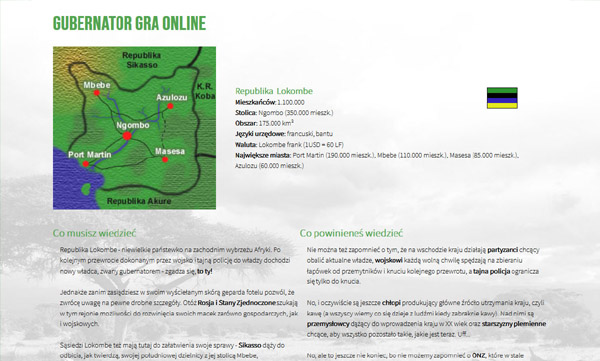 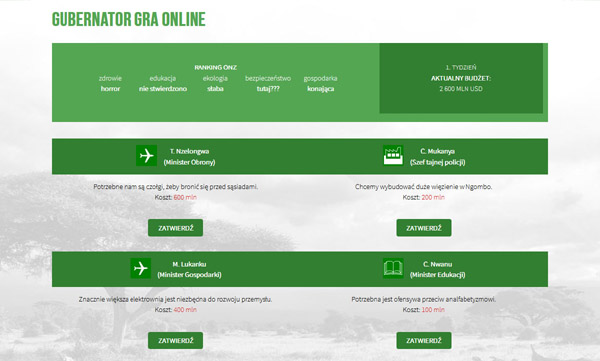 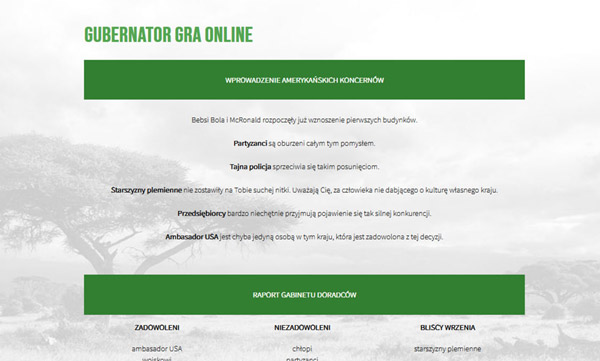