Simple puzzle game inspired by classic Covert Action - decipher encoded messages with several difficulty levels available. In casual mode all you need to do is figure out which character replace with which letter, in higher levels some evil mind removed all the spaces and threw some extra letters into the cipher. Just for fun.

New difficulty level was added, this time it is one that makes it easier to start, hence the name "easy" - it decodes the last letter of the original message, which together with standard decoding of first letter of the message makes it much easier to decypher the rest.

The number of encoded messages was increased to 50, they vary from short ones (about 35-40 characters) to long ones (around 130-150 characters). Also one more difficulty level was added, quite rightly called "annoying" - the spaces between words are removed and replaced with randomly inserted ones, which makes working out words bloody annoying.

After months of tests MBST1 is now available in open beta status with casual game mode and bunch of test messages. There are several difficulty levels available for your... well, pleasure is a strong word, so I will call it entertainment. Although I strongly suggest starting from casual difficulty and working the way up, because with each step the difficulty is raising pretty steeply. 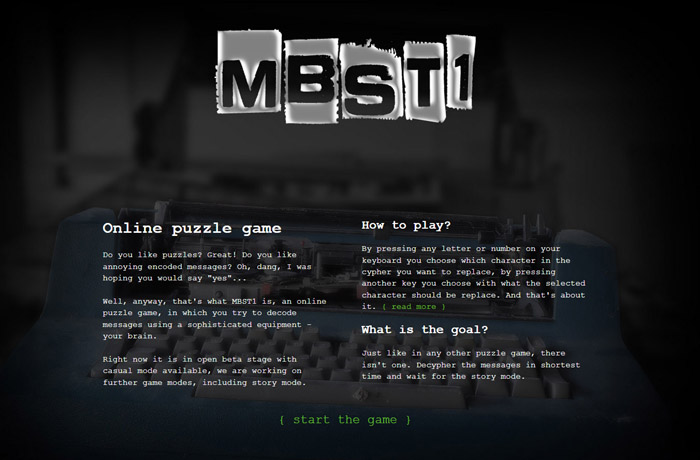 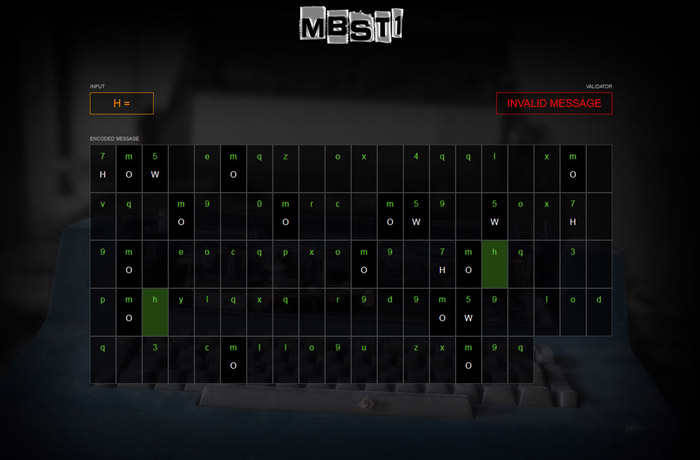 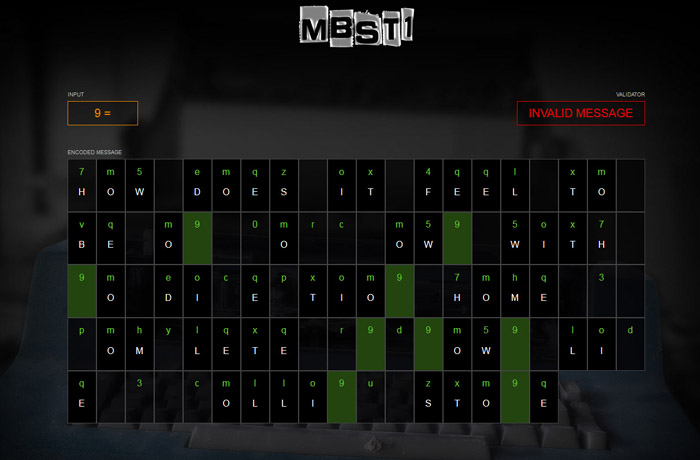 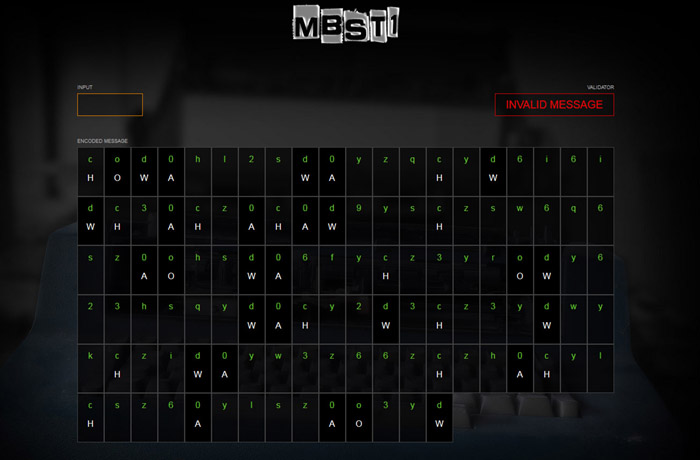