Online political game that challanges you to lead your small country in a changing world, while dealing with internal opponents.

While based on old, old Spectrum game called Dictator and our experiences from Gubernator we want this game to mix two elements, which is sometimes ommited in similar games of the genre (f.e. Tropico). Apart from typical scenario that you have to tread carefully while being watched by big world empires and aggressive neighbours, also we want implement elements of the internal opposition and more modern look at the media and global politics.

We are running test on an alpha version of the game, hopefully soon we will move on to the open beta version. Our goal is to create the game basic features and interface, while later we will be improving the game content. In basic options the country economy, military and health systems should be ready, in next phase foreign affairs, culture and agriculture will be introduced. 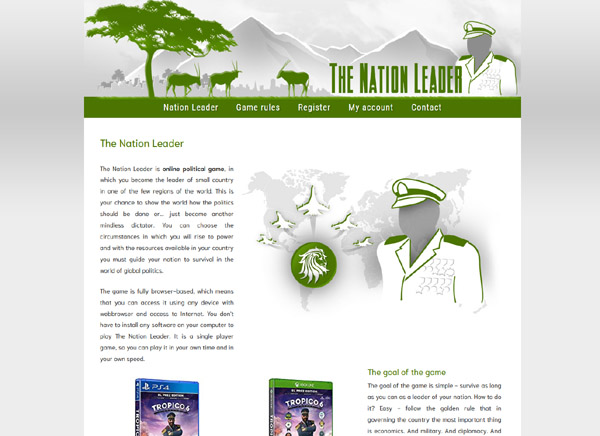